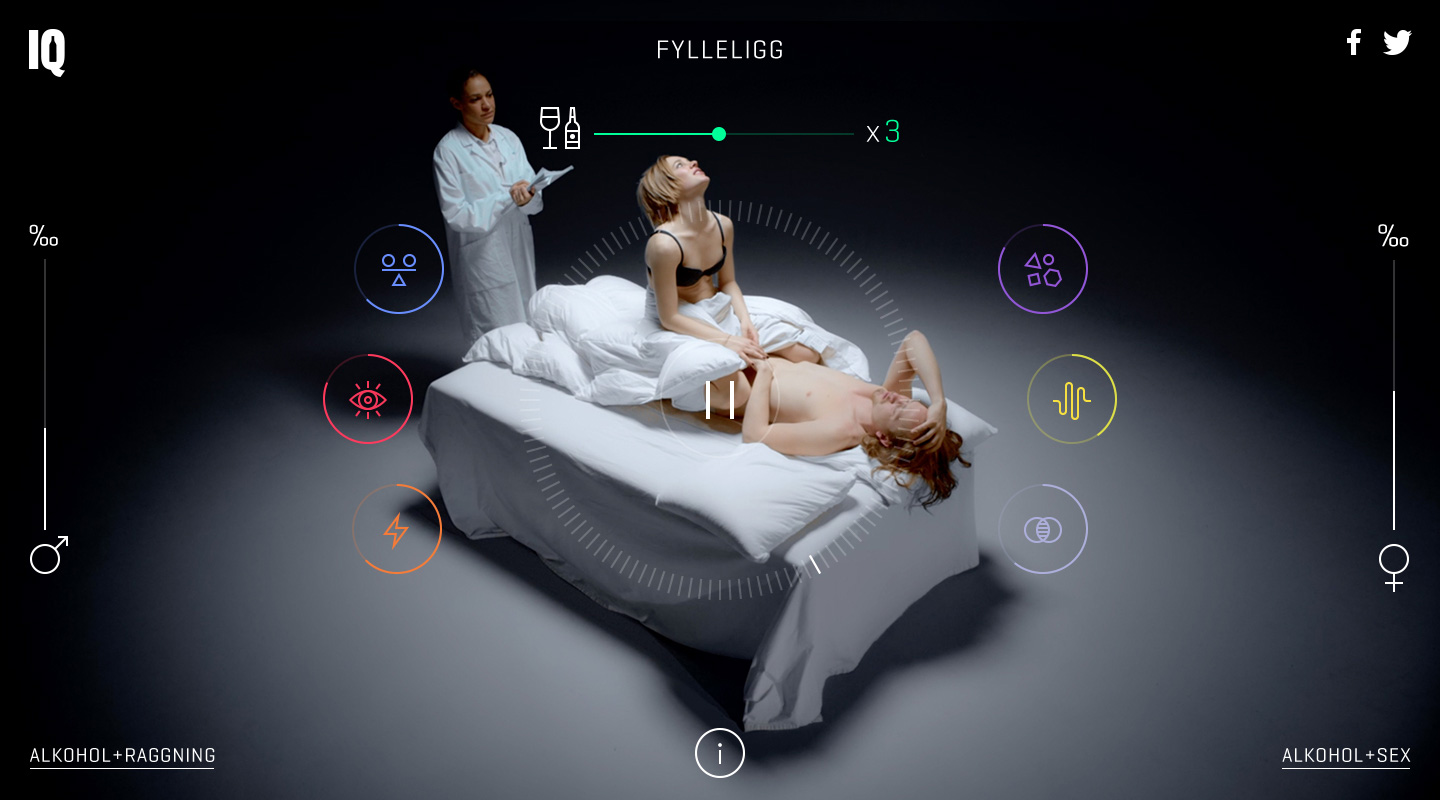 Researchers have found that most of us have had sex while being drunk - not a surprise maybe… But it might be a bit touchy subject, which is hard to talk about with young adults. Since you might want to back your arguments with something substantial, it will get a bit technical (and boring?), when you present your scientific findings. This sounds like a challenge for each parent with a teenage child - but it also became a challenge for us, when Edelman Deportivo approached us with a project for IQ.

In the same way as a caring parent, IQ wants to be able to communicate about what happens to you (and your partner) while having sex under the influence. The challenge was to do this in an engaging way, while also being serious. The data can easily become hard to relate to, and the viewer might lose interest if there isn’t something that speaks directly to him or her. 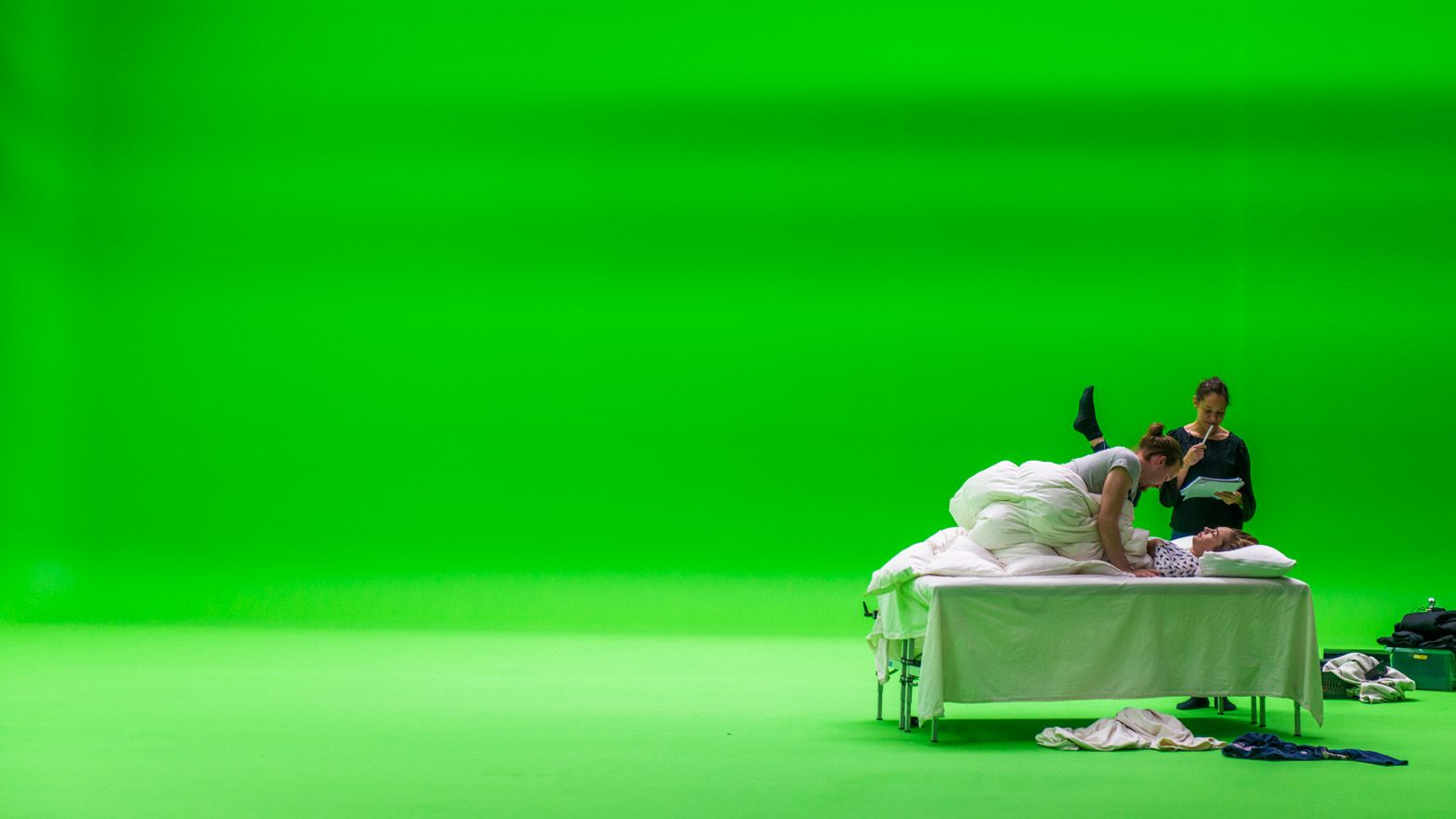 The solution is a campaign site where the user can discover and interact with the findings of a research, made especially for this project. Backed by scientists the different effects on your brain was coupled with how you interact in bed.

Basic sex-science that is, nothing strange with that. 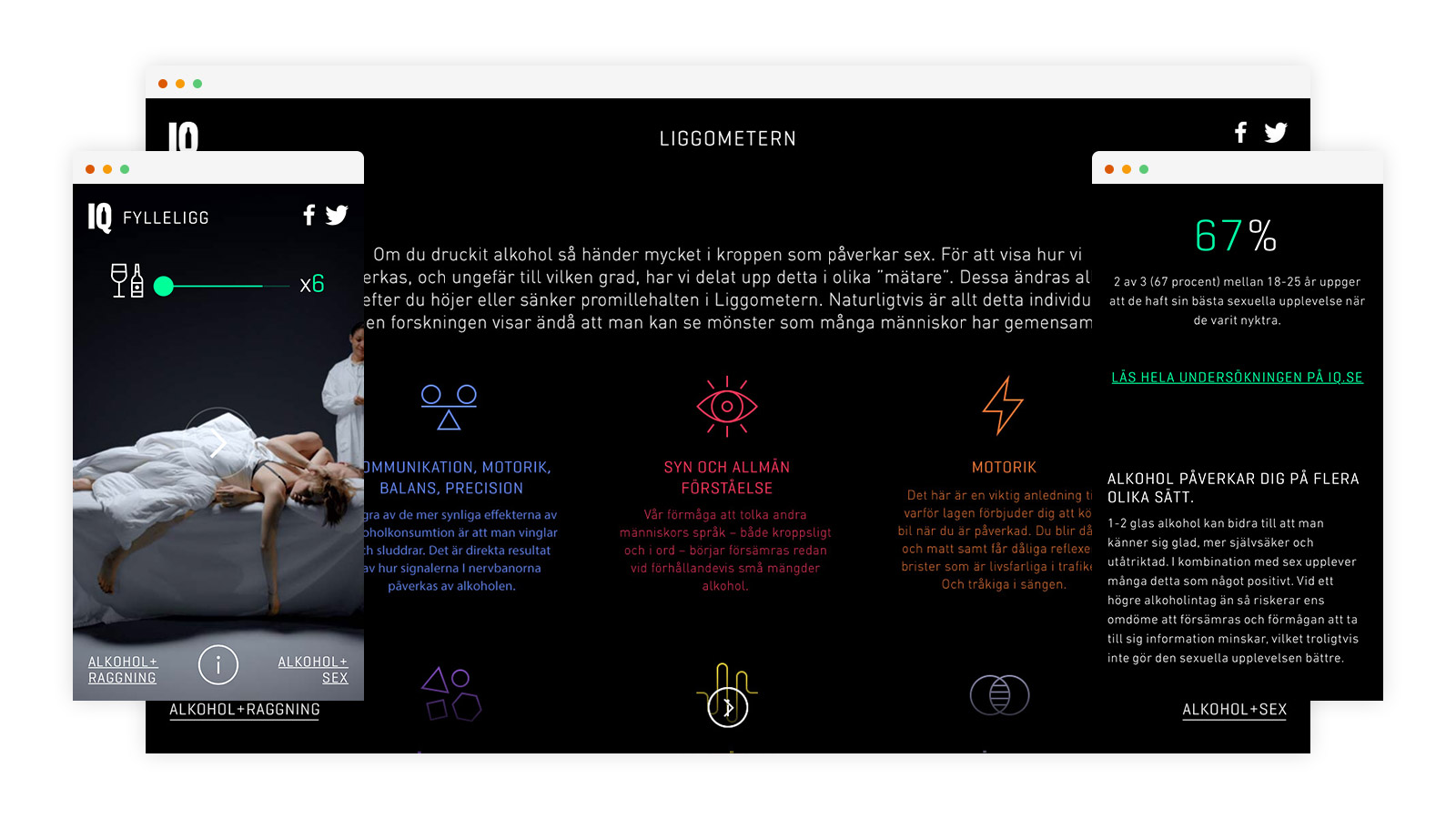 The Sexometer received great exposure, boasting an earned media reach of 12 million (in a population of ten million people!). It was internationally highlighted in Creativity Online and Contagious, as well getting covered in a range of swedish media, such as Metro, TV4, Nyheter24 and Feber.